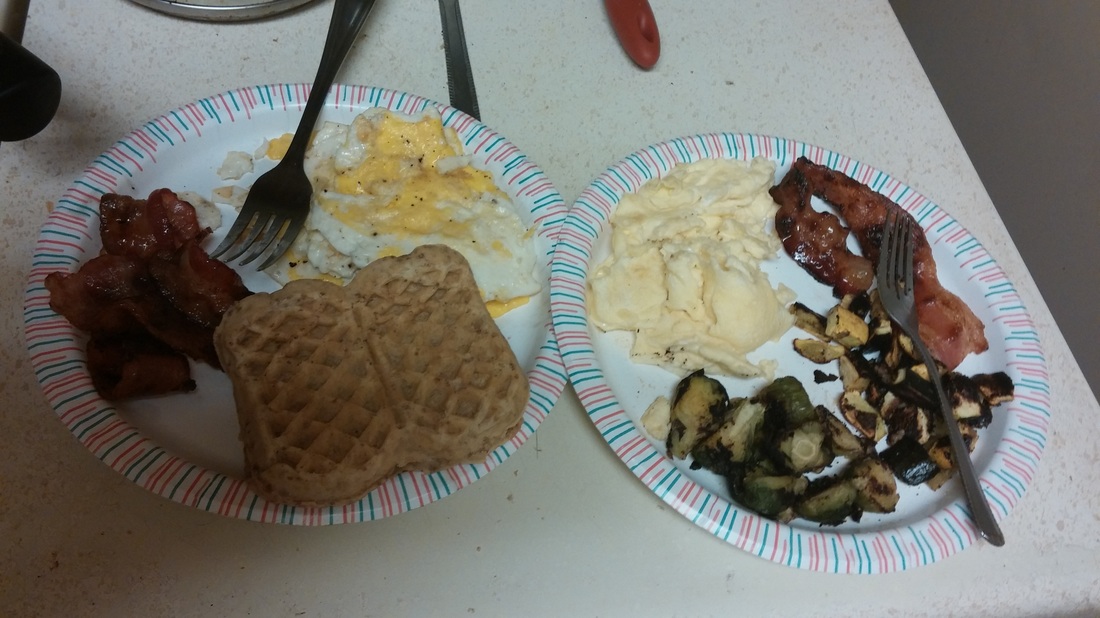 i LOVE breakfast. i absolutely love it. In fact, I am obsessed with it. The only reason that I wake up in the morning on our "weekends", if I've had less than 10 hours of sleep, is to make or eat breakfast. Sometimes the hubby wakes up before me and brings home fast food breakfast, WHICH I FUCKING LOVE. I swear, it's so hard to resist sometimes, but he's been pretty good at resisting the urge lately. If it were up to me, I would eat all sorts of fast food breakfast, non-stop, at least 10x per day. No joke.

Unfortunately, my waistline doesn't like fast food breakfasts as much as i do, and neither does my stomach area. 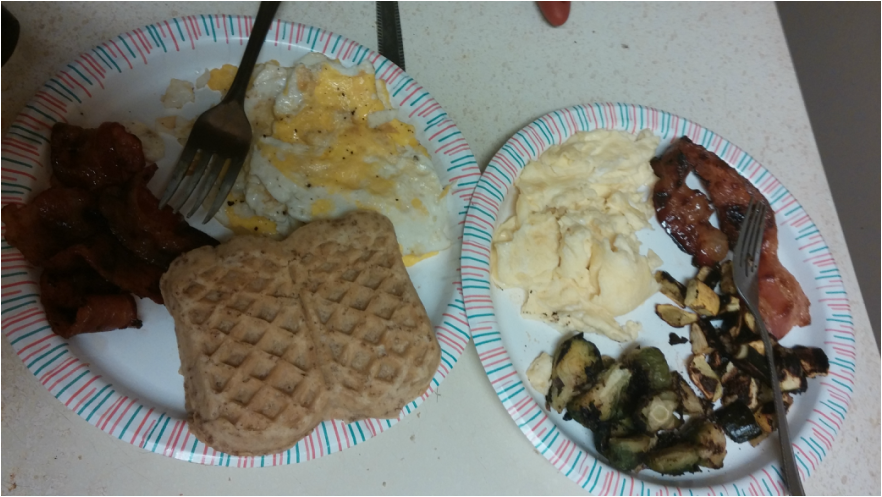 I've been trying out the "low-carb" thing lately. Not the full Atkins-whatever thing, but trying to cut out the supposedly bad things like white rice, white bread, things like that. I have eaten quinoa, which I'm now obsessed with (more on that later), but I've tried to make a few minor changes. Things like toast or waffles with breakfast, exchanged with roasted zucchini, along with squash, asparagus, or brussel sprouts. So far, zucchini and squash are my absolute faves.

The breakfast shown above is bacon sprinkled with brown sugar, "fried" eggs (eggs cracked and slightly scrambled in leftover bacon grease) along with waffles for the hubby. One piece of brown sugar bacon, one full egg plus 2 egg whites, roasted zucchini (amazing!!) and roasted brussel sprouts for me. 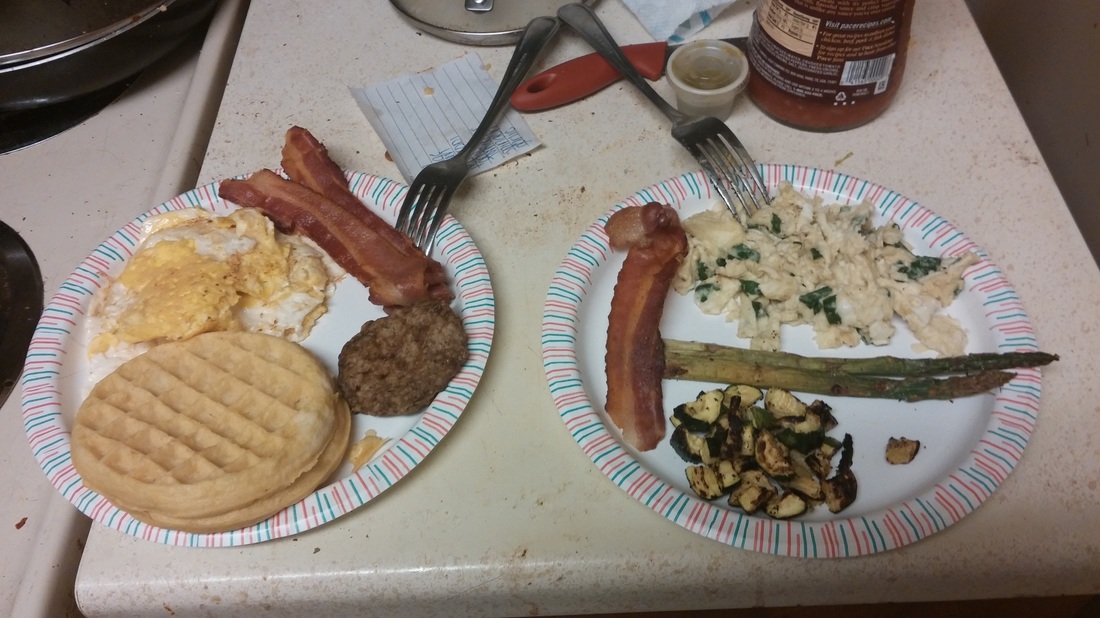 Another slight variation of our delicious breakfast. This time, turkey sausage for the hubby and for me, a little spinach in my scrambled eggs which was surprisingly good. Again, though, the zucchini was the star. See that little plastic cup thing with the green stuff in it? The hubby decided to bring home some breakfast tacos from a small Mexican restaurant we've never tried before. Blechhhhh, it was truly awful, BUT they included this little green sauce stuff that was super good (after I added a bit of salt to it). I LOVE salsa and usually smother my eggs in it (until I started mixing with roasted zucchini, of course), so this green stuff is a nice addition.
Powered by