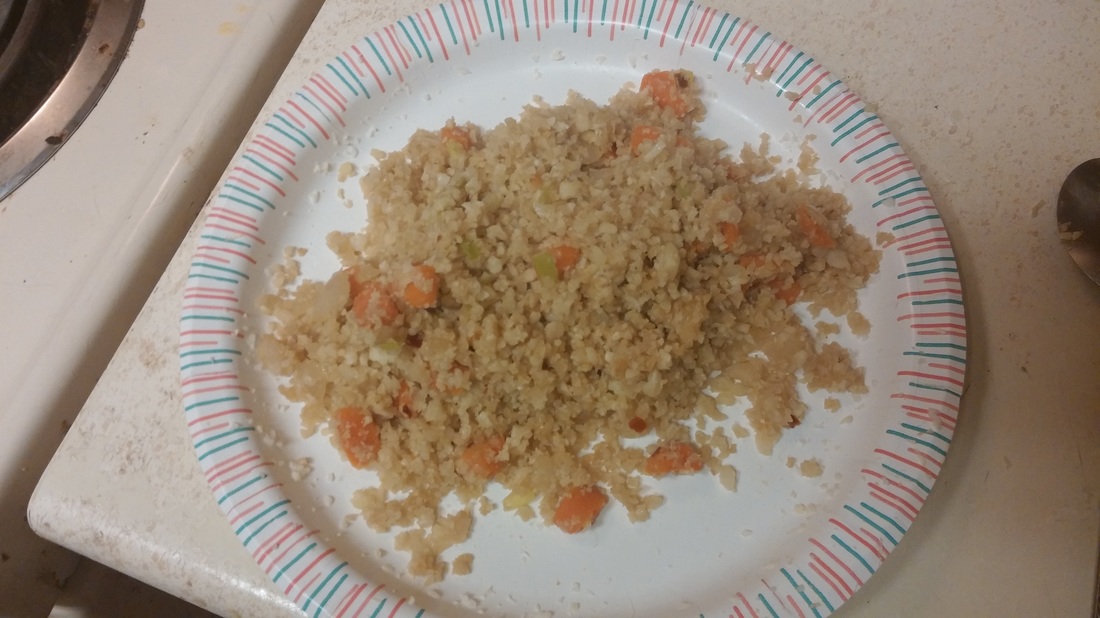 Let me start again by saying that I truly enjoyed this recipe. I thought that it was super delicious. The cutting and blending of the cauliflower didn't produce the greatest kitchen smell, and honestly I didn't have high hopes for it. I mean, really. CAULIFLOWER to replace RICE? Yeahhh, low expectations to say the least. 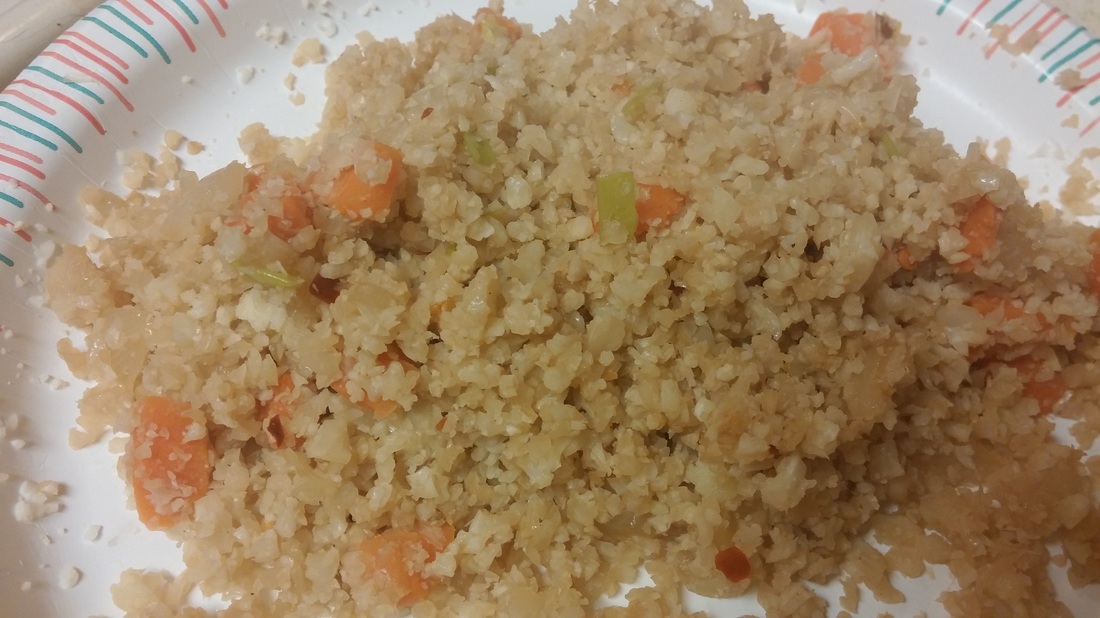 HOWEVER...!!
I used the  blended-up cauliflower in the same way that I would use cold leftover white rice in my fried rice recipe. Soy sauce, a dash of fish oil (another great new discovery of mine), garlic, onion, the usual. And it was great!!

Okay, for the break down: the texture was VERY different from regular fried rice. It was much lighter, almost air-ier, but it wasn't one of those texture issues like I had with tofu (MUCH more on that later...blechhh). With all of the delicious fried rice spices and flavors, I could totally eat this again to eliminate the calories and carbs of white rice.
ON THE OTHER HAND: The hubby took one bite and blanched. He pretty much said "NEVER AGAIN". I put almost 100% blame on myself, as I made him traditional fried rice as well as this rice. Maybe sometime in the future I'll make only this "rice" and see his reaction, but first I'll try my "only quinoa" test and see how that goes.
Powered by