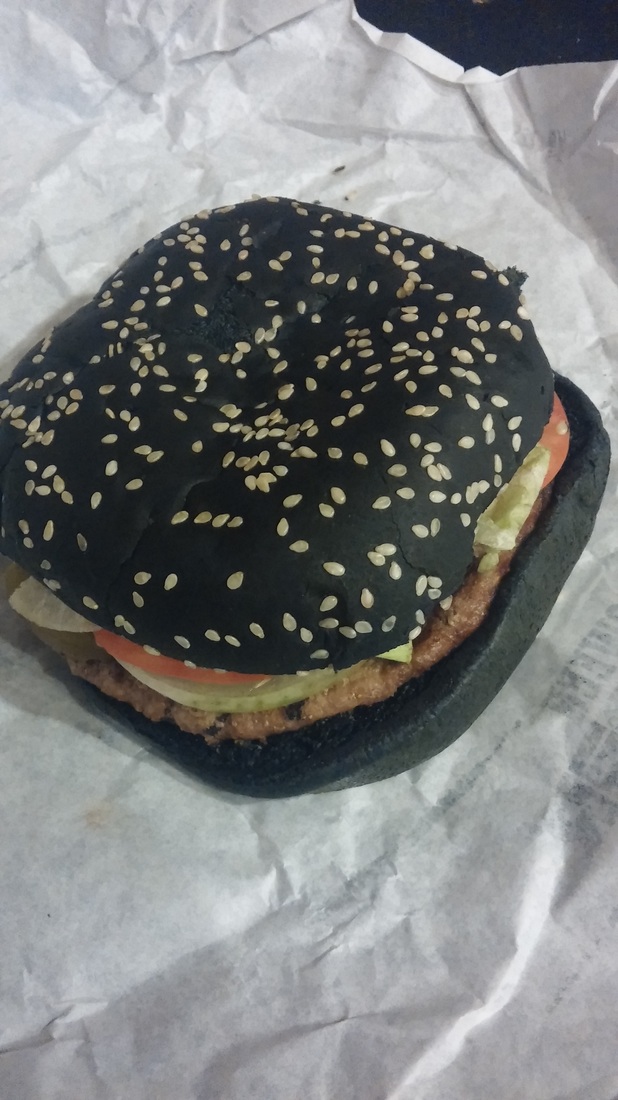 Just look at this beauty. After seeing a commercial for Burger King's Halloween Whopper (AKA the black bun whopper) during a football game, Mr Kitchen and I rushed out to buy one. The Mr. and i LOVE fast food, and we've been aware of the "black bun" in Japan for the longest time, and we honestly believed that we'd never get to try one. We couldn't help ourselves. We rewinded the football game to when we first saw the commercial (almost an hour earlier!) to ensure that it said "Available Now", because according to the internet we were a day early for it's release. I was still slightly skeptical, afraid that the Burger King worker would tell us to "get lost", but... 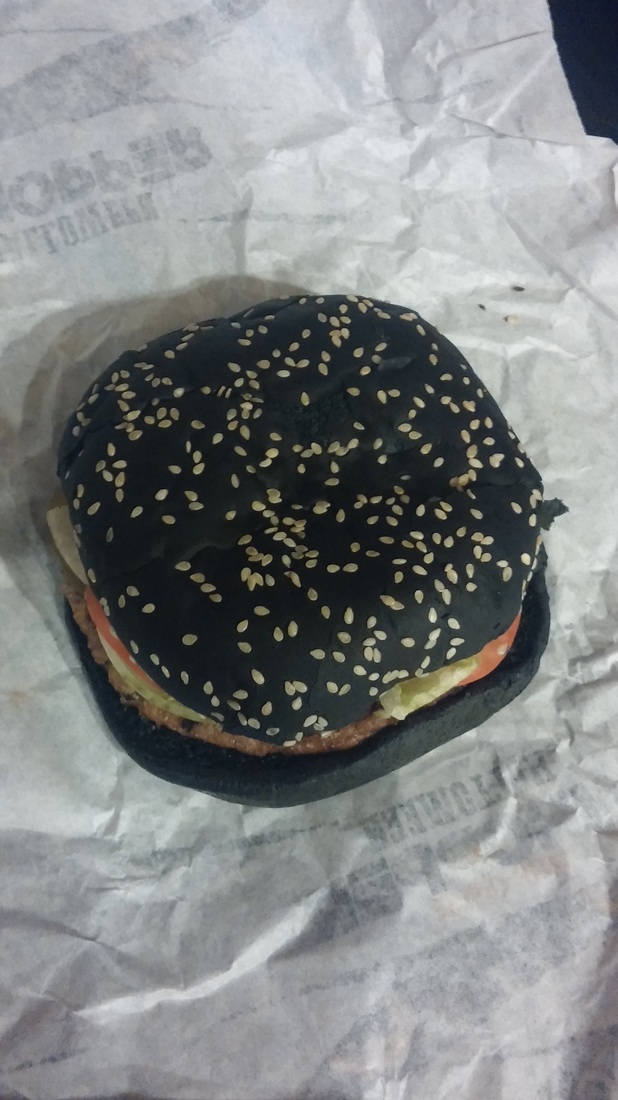 ​BAM! Yumbo in a little black packet!! I was completely wrong. In fact, the Burger King guy was SUPER excited over us ordering the Halloween Whopper. We went into the restaurant a little past 6pm, and he excitedly (surprisingly) told us that we were the first to order it! And, while waiting for our order, we (humorously, a little embarrassingly) listened to him try to convince 2 other customers to get one as well. Either way, it was yummy. The hubs especially loves the taste of whoppers, so he super loved it. Try it out, it's definitely worth it.

OH! and I got an old school BK crown out of the deal!! Supa-Dupa win for me!! 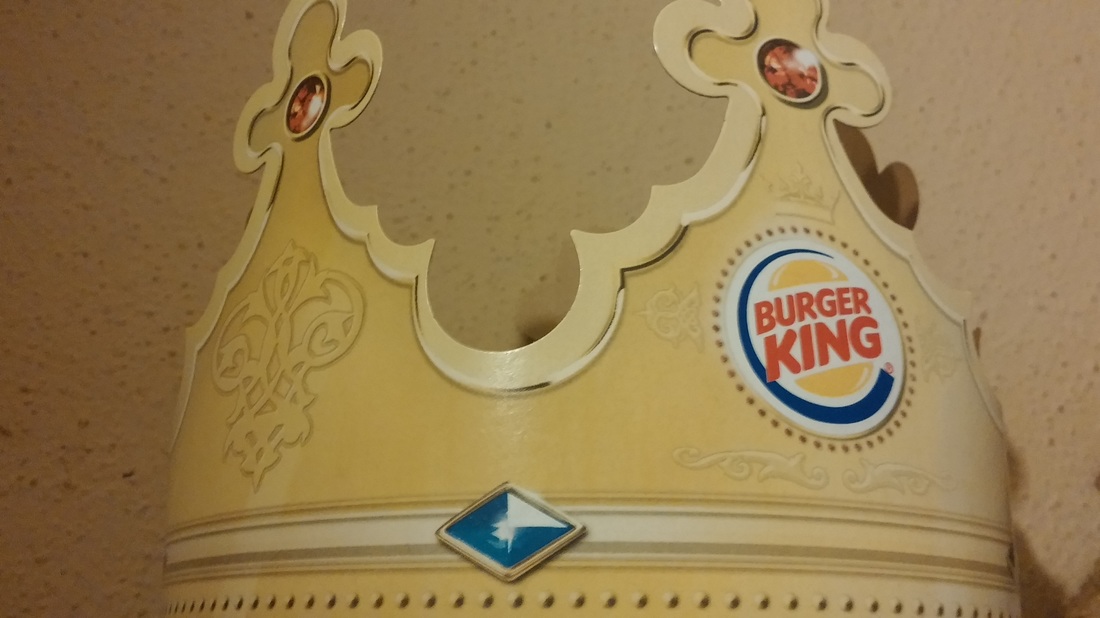